The House Of Love

The House Of Love 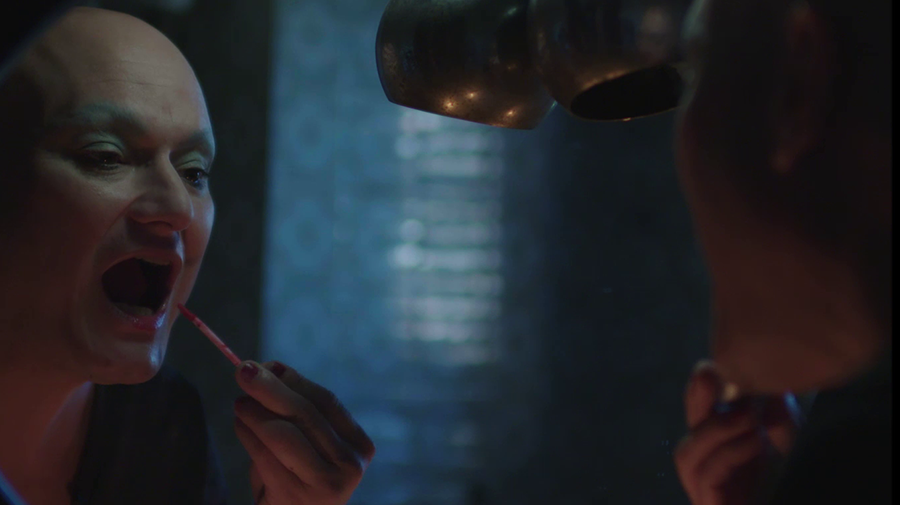 Bianca is a 39-year-old transsexual woman. She’s been living in Milan since 2009 and works as a prostitute.
For twenty years, she has been involved with Natasha, a Japanese trans who is temporarily living in Brazil. Their bond is very strong and distance has not weakened it.
The film is about their love story, made up of long phone calls and even longer waits. Because of reasons related to work and family, they have not seen each other for two years.
Bianca’s time without Natasha is marked by her clients, mostly regular ones, and by their requests.
Over time, she has grown fond of them, but she always thinks about Natasha, who is finally coming back.

The film is the third part of a "domestic" trilogy that comprises three films shot entirely within three domestic environments in three different formats and with three narrative modes.
The trilogy started in 2018 with Dulcinea, a work of pure fiction shot entirely in 16 mm colour and characterized by a Milanese setting in which the relationship between two solitudes and their tacit agreement is narrated.
The second part of the trilogy continues with Pierino, a documentary shot in VHS color that tells the story of an elderly gentleman passionate about cinema inside a strict cinematographic frame.
La casa dell’amore (The House of Love), closes the trilogy and is a film entirely shot in digital format.
It tells the story of Bianca, an Italian transsexual who lives in Milan, in the working-class neighbourhood of Quarto Oggiaro.
Bianca's house always has half-closed shutters and is lit exclusively by candles because there is no electricity. It always seems to be at dusk.
Her life takes place mainly in the 20 square metres of her bare living room and the size of the space in which Bianca moves is decisive: a layered environment where time settled objects, books, posters of exhibitions by her sculptor father, and memories that clearly recall her identity and path.
Just as crucial is the continuous use of the telephone: it’s a central object in her life not only for work matters - to manage her ads and answer customer calls - but also to manage the distance that separates her from her partner Natasha.
The film narrates a fixed point - Bianca inside her apartment - and how this apparent stillness filters a whole small world inside the house. A world made of habits, encounters, cycles and unexpected events, that mark Bianca’s waiting to reunite with Natasha, her lifelong companion.
It took about a year of work to get to know Bianca before filming began. I first contacted her through an online dating site because I was looking for people who worked at home. I had several possibilities in my mind for the film that was going to close the trilogy, not necessarily a figure related to transsexuality or prostitution. What was crucially important was to find someone whose home was the central hub of all their activities, and this was just one of the possible paths to follow.
Bianca gave me access to her life and to all her acquaintances. It has been a slow process, in which I could feel our trust and esteem grow on both sides.
I had been very clear with her from the beginning, not promising her anything about the chances the film stood of ever being made. To me, it was essential to figure out if it was possible to try and start working on a project that also required Bianca’s efforts and a willingness to question herself.
Over time, I became ever more convinced that my hesitations to touch such a delicate theme were crumbling thanks to her spontaneity and naturalness, in her offering herself without ever asking what I had decided to do.
Only later, once we had gotten to know each other better and the idea of how I wanted to approach the work had taken shape, I introduced her to the troupe. She got along with them immediately,
The work then happened in a very natural way, and even in its most constructed parts, we never had a sense of mystifying anything, but of recording the natural course of events and the spontaneous beauty of someone who allowed us to tiptoe into her life.
I wanted to shoot a photographically balanced film, rigorously composed in every frame with very few, calculated movements that would allow us to delve into Bianca’s life slowly, in a narrative continuity that is fragmented and dissolved in a single fresco.
It is not relevant to investigate her past or even to investigate the character’s psychological aspects and implications.
The film renders the protagonist within her domestic habitat in its delicacy and uniqueness, without redemption or guilt. 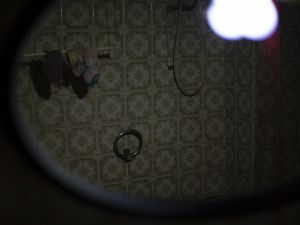 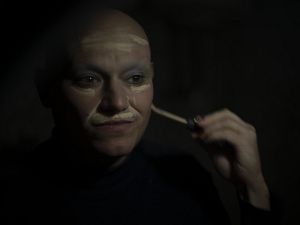 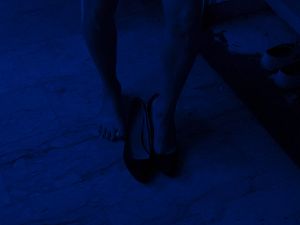 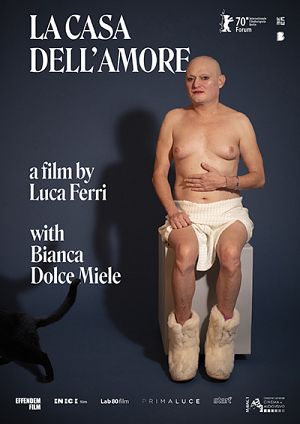